Why is the dapivirine-contraceptive ring important?

Offering women a discreet, self-initiated, long-acting product could simultaneously protect them from two of the leading threats to their sexual and reproductive health and offer greater convenience and versatility.

How does the dapivirine-contraceptive ring work?

The ring is made of a flexible silicone matrix polymer and contains dapivirine, an ARV, and levonorgestrel, a contraceptive hormone, both of which are slowly released over the course of three months.

Women insert the ring themselves into the vagina and replace it every three months.

What is its development history?

Building on the ring technology used to develop the monthly dapivirine ring, IPM began developing the dapivirine-contraceptive ring in 2011 under a grant from the U.S. Agency for International Development through the President’s Emergency Plan for AIDS Relief. Early prototypes of a two-month multipurpose ring were developed in collaboration with Particle Sciences and Queens University Belfast. In 2014, after evaluating multiple materials and formulations, IPM and Queens University Belfast targeted a three-month silicone matrix ring.

In April 2017, IPM and its clinical trial partner the Microbicide Trials Network initiated MTN-030/IPM 041, a Phase I trial of the dapivirine-contraceptive ring. The trial assessed the safety and pharmacokinetics of the three-month dapivirine-contraceptive ring, as well as a three-month dapivirine-only ring, when used for 14 days in 24 healthy, HIV-negative women who are not pregnant in the United States. In October 2018, the trial found the dual-purpose ring to be well-tolerated, and encouraging drug levels were seen in blood and vaginal fluid.

A second Phase I trial began in 2018. MTN-044/IPM 053/CCTN 019 is assessing the multipurpose ring's safety and pharmacokinetics when used for 90 days in 24 healthy, healthy, HIV-negative women who are not pregnant in the United States.

What are the next steps for the dapivirine-contraceptive ring?

Who is IPM currently partnering with to develop and test the ring?

Where can I learn more about multipurpose rings? 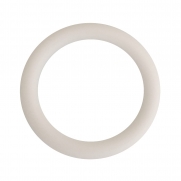