The Ring Study was a Phase III clinical trial led by the International Partnership for Microbicides that ran from 2012 to 2016. The study was designed to determine whether IPM's monthly vaginal ring that delivers the ARV drug dapivirine could help prevent HIV infection in women and was safe for long-term use.

The first efficacy trial of a vaginal ring for HIV prevention, The Ring Study enrolled 1,959 women ages 18-45 across six sites in South Africa and one site in Uganda.

The full licensure program also includes ASPIRE, a "sister" efficacy and safety study of the dapivirine ring that ran from 2012 to 2015 and was led by IPM's clinical trial partner, the US NIH-funded Microbicide Trials Network (MTN). ASPIRE enrolled 2,629 women ages 18-45 across 15 sites in Malawi, South Africa, Uganda and Zimbabwe. Together, the two "sister" Phase III studies involved more than 4,500 women volunteers across Africa.

In February 2016, The Ring Study and ASPIRE found that the monthly dapivirine ring was well-tolerated and helped reduce women's HIV risk. Two open-label extension studies, DREAM and HOPE, were conducted to provide the ring to former Ring Study and ASPIRE participants, respectively, for one year.

Learn more about the results and next steps for the monthly ring. 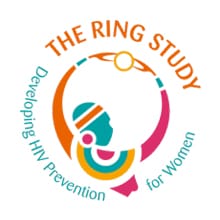