Why is the dapivirine ring important?

Existing prevention methods have not done enough to stop the spread of HIV among women, who bear a disproportionate burden of the epidemic, particularly in sub-Saharan Africa. The monthly dapivirine ring could provide women with the first discreet, long-acting prevention option.

How does the dapivirine ring work?

The ring is made of a flexible silicone matrix polymer and contains the ARV dapivirine, an NNRTI, which is slowly released over the course of a month.

The ring delivers dapivirine directly at the site of potential infection, with low systemic exposure, which could minimize side effects. Women insert the flexible, long-acting ring themselves into the vagina and replace it every month.

How effective is the ring?

Open-label studies: Final results from DREAM and HOPE, the open-label extension trials (OLEs) that enrolled former participants of The Ring Study and ASPIRE, respectively, showed increases in ring use and modeling data suggest greater risk reduction—by over 50% across both studies—compared to the Phase IIIs. Although these modeling results are limited due to the lack of a placebo comparison group, they indicate an encouraging trend we hope to see continue if the ring is approved and rolled out.

What is the ring's status and what are the next steps?

The ring received a positive scientific opinion from the European Medicines Agency in 2020 for its use among women ages 18 and older in developing countries. Later in 2020, the ring received WHO prequalification, a designation that confirms that the product meets global standards for quality, safety and efficacy, and will help guide national and global procurement decisions, pending country regulatory approvals for its use. The WHO also issued a recommendation for the dapivirine ring in 2021 as an additional prevention choice for women at substantial risk of HIV infection.

Through the WHO’s collaborative registration procedure, IPM then began submitting the first phase of applications to countries in eastern and southern Africa where HIV incidence among women remains high. IPM has submitted regulatory applications to Botswana, Kenya, Malawi, Namibia, Rwanda, South Africa, Tanzania, Uganda, Zambia and Zimbabwe. Approval was received in Zimbabwe and several other countries in 2021, and IPM will also seek to make the product available in Eswatini and Lesotho through national import license processes. We hope to submit to other countries in Africa in the future. IPM is working with a global network of government, donor, private and civil society partners to determine how the ring could best fit into HIV prevention programs and prepare for the potential rollout of the ring at an affordable cost, where it is approved.

Research with key groups: A set of studies is designed to help us understand how the ring can work for women at different times in their lives: when they are under age 18, and when they are pregnant or breastfeeding. Research is planned among women ages 18-25 to better understand the ring’s efficacy among this group, who face particularly high HIV risk, and to collect additional data on safety and potential resistance. In addition, the REACH study, led by MTN, recently found that the ring is well-tolerated and acceptable to adolescent girls and young women 16-21, and that many are interested in using it. Safety studies in Africa are also ongoing among pregnant women (DELIVER) and breastfeeding women (B-PROTECTED), both conducted by MTN.

Follow-on products: In addition, the monthly ring is a platform technology for longer-acting products that could further expand women’s options, such as a dapivirine ring that could be used for three months, and rings that have broader appeal, such as IPM’s three-month dapivirine-contraceptive ring designed to prevent both HIV and unintended pregnancy.

What is the dapivirine ring’s potential impact?

Modeling studies show that microbicides like the dapivirine ring would have a meaningful public health impact as part of a comprehensive HIV prevention portfolio and could avert infections that would not be prevented by another method.

If approved, the dapivirine ring would offer the first woman-controlled, long-acting HIV prevention method and could be an important new option for women, who bear the greatest burden of the global HIV/AIDS epidemic.

Who are IPM's research and manufacturing partners?

What is the ring's development history?

IPM conducted two Phase I and one Phase I/II safety trials of the ring from 2009 to 2012, all of which found the ring to be well-tolerated. Given the ring’s promise, IPM then launched two Phase III studies in 2012: The Ring Study, led by IPM, and ASPIRE, led by IPM’s clinical trial partner, the US National Institutes of Health-funded Microbicide Trials Network (MTN). These two studies enrolled nearly 4,600 women in Malawi, South Africa, Uganda and Zimbabwe to assess the ring’s efficacy and long-term safety. A package of smaller safety trials was also conducted to collect the safety data required by global and national regulatory authorities to seek licensure for the ring’s public use.

When the Phase III studies found the ring to help reduce HIV risk in 2016, two open-label studies, DREAM and HOPE, launched in July of that year to provide the ring to former Phase III trial participants for one year and to gain insights into how women use the product. HOPE completed in October 2018 and DREAM completed in January 2019, with final results for both announced in 2019.

Where can I learn more about ring results? 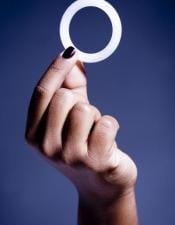