Maraviroc is marketed under the trade names Selzentry in the United States and Celsentri in Europe for use in combination with other ARVs as an oral treatment for adults with HIV.

How does maraviroc work?

Maraviroc is active against HIV strains resistant to other ARVs and is already used safely and effectively to treat HIV/AIDS.

In what stage of development is maraviroc?

IPM began developing maraviroc as a microbicide through a 2008 licensing agreement now held by ViiV Healthcare. Because maraviroc is a licensed drug, it came to IPM with an extensive preclinical and clinical safety package as well as data showing its efficacy as a therapeutic. IPM also completed a number of preclinical studies.

However, findings from IPM’s research on maraviroc suggest that its efficacy as a microbicide may be limited. IPM has suspended further development of maraviroc, in keeping with IPM’s prioritization protocol to put resources behind the ARVs that show the highest likelihood of success as vaginal microbicides.

Where can I get more information? 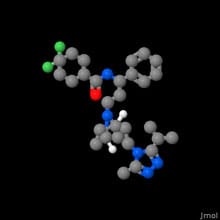